Thank you!
Your submission has been received!
Oops! Something went wrong while submitting the form.
Your privacy is protected.
We will never share your data with anyone. 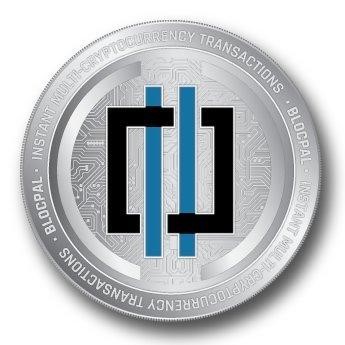 We are happy to report our Series 2 financing round has been oversubscribed.  We will soon be announcing details of our Series 3 round as we continue to invest in our enterprise partner projects.

We have started our integration to the Securitize platform and we are in later stage discussions with a US based security token exchange who is also integrated with Securitize. This partnership, which we expect to announce in the coming weeks, will create a regulated marketplace for BPX token holders who qualify as Accredited Investors later this year. This will be a great step towards our ultimate goal of listing the BPX token on a regulated public security token exchange.

We are also committed to creating liquidity for our BlocPal shares via a tier 1 public exchange in the US. Before we engage in this opportunity however, we have set revenue targets to achieve which we believe are necessary to help us with this plan.

Tortooga has successfully reached its initial goal of 5,000 active retailers in Mexico using the Tortooga POS retailer app. In the month of August we will process between 35 to 40 Million MXN (approx. C$2.1 to C$2.4 Million) in payments for air-time, utilities and gift cards via retailer partners.

The Tortooga Pay consumer app is live and is adding new users to the base each day. We have initiated testing and tracking of online marketing campaigns to evaluate user experience and conversion rates. As we continue to monitor the app’s conversion and risk management processes with users, we will begin implementing larger online campaigns and SMS communication campaigns. This will be deployed utilizing GMM’s network and database of 50 Million mobile numbers. We have also made progress with our banking partnership in Mexico to issue Tortooga Pay branded debit/credit cards which will be activated and managed via our Tortooga Pay app. These cards will be issued to consumers in GMM’s network who reside mainly in underbanked rural and semi-urban areas in Mexico.

The OneFeather press release went out at the end of May. The first release of the OneFeather wallet app is now running in a Private Beta soft launch. OneFeather is planning to start online campaigns in September when we will begin to invite more users to the app and move from soft launch to an official marketing launch.

The mBnk solution is being launched in partnership with Shashank Joshi. Mr. Joshi was the founder/CEO of Money on Mobile in India where he and his team built a similar retailer network with a limited product offering, processing over US$2.5M transactions per day. The mBnk mobile banking platform will provide a full suite of banking, financial services and insurance (BFSI) solutions to retailers through a simple easy to use digital wallet. mBnk plans to build a network of thousands of retailer partnerships, each servicing a 5km radius throughout the rural, underbanked communities of India.
‍

The Mycelium wallet has been one of the longest running, and respected Bitcoin wallets in the market with over 1.9 million downloads. The company has built a loyal user base of 235K active monthly users with 70K active in the United States, 8K active in Canada and a solid presence in Latin America and Europe. Their blockchain wallet currently enables 10,000 transactions/day for Bitcoin and other popular cryptocurrencies.

Mycelium is excited to enhance their current wallet app by integrating BlocPal’s fintech services. Initially, Mycelium will be focused on adding branded pre-paid Visa cards for US and Canadian users to load with their cryptocurrency. In following phases, we will work together with Mycelium to enable European and Latin American cards for their users. We will also work together to provide their users the opportunity to pay with crypto at participating Point-of-Sale retailer channels.

The television show “In-Depth”, hosted by Laurence Fishburne, will be broadcasting an educational series later this year and in 2021 called “The Future of Money”. We were recently interviewed and selected by their senior producer to be the Fintech segment of this series. This is a great opportunity to showcase BlocPal’s digital platform and how our technology adds lifestyle value to consumers.

The five-minute segment will be aired on over 350 PBS stations across the US and available to CNBC, MSNBC, CNN, FOX Business, Discovery Channel, and more. These national spots reach over 84 million households and only air in peak and prime-time slots. We are excited to start production in August.

Popular Posts
BlocPal will Leverage Investor Onboarding, KYC/AML, Digital Transfer Agent, and Real-Time Cap Table Management Services from Securitize.
mBnk to provide a digital platform enabling solutions for Banking, Financial Services and Insurance to the 840 Million underserved people in India
An update on the progress BlocPal has made. We cover key updates to our enterprise partnerships, the OneFeather Marketing Launch, and additions to our team and services that strengthen our offerings to clients.
Sushant Trivedi joins BlocPal as Chief Marketing Officer. Sushant brings over a decade of extensive global strategy, brand management, advertising, go-to-market and leadership experience having worked on multi-billion dollar brands at Procter & Gamble.
The new app launching soon will deliver solutions specific to Indigenous needs, reconcile economic and social injustice, and lift our people up.
Mycelium has partnered with BlocPal to strengthen their offering of crypto-fiat features in their next generation Mycelium Wallet. The upgraded wallet will allow users to deposit BTC, ETH, XRP, BCH, BSV, LTC and USDT to their wallet address and will also provide a virtual Mycelium credit card to users ...